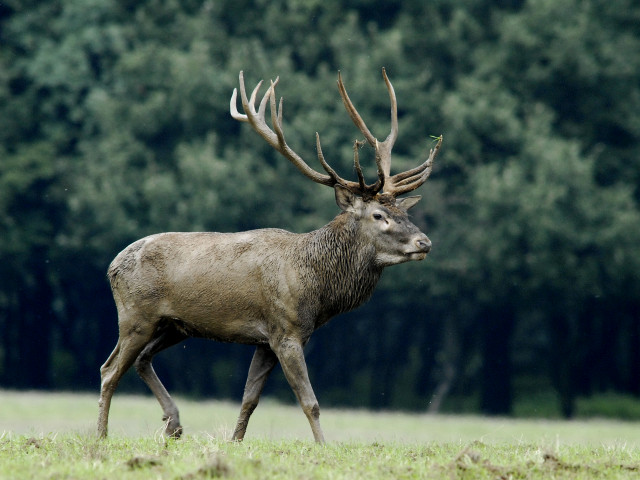 The most important and best deer population of the country can be found in Southern-Transdanubia in Zala, Somogy and Baranya counties. The deer in Western- and Northern-Transdanubia as well as the ones in the Northern Mountain Region are of medium quality. The exceptional quality comes from the optimal habitats for red deer as well as conscious game management. Red deer prefers thick oak and black locust forests as well as boscages and planted forests with an appropriate shrub level and with neighbouring agricultural lands which provide cover and feeding places at the same time.

Trophy: a pair of antlers which the stags cast annually. Five out of the ten first trophies of the world rank list were taken down in Hungary.

Red stags are usually hunted during mating time or rut, hunting season starts with the 1st of september. It usually starts already at the end of august in the Southern-Transdanubian region however it usually only starts after the first week of september in the Northern Mountain Region but of course it lasts until the end of september there. At that time the careful behavior of the stags changes, and we can get up close to them with the help of bellow horns. After the end of the rut the hunt for no-class stags starts which lasts until january. Lower class stags and hinds are usually taken down at this time. Shooting hinds and calves can also happen during baffle hunts in winter. The rate of medalist trophies in hungary is around 30-35% depending on the number of kills.

Hunting can be done from high stands, while stalking or combined with a horse-drawn carriage. Usually the hours of dawn and dusk are suitable for the beloved stalking.