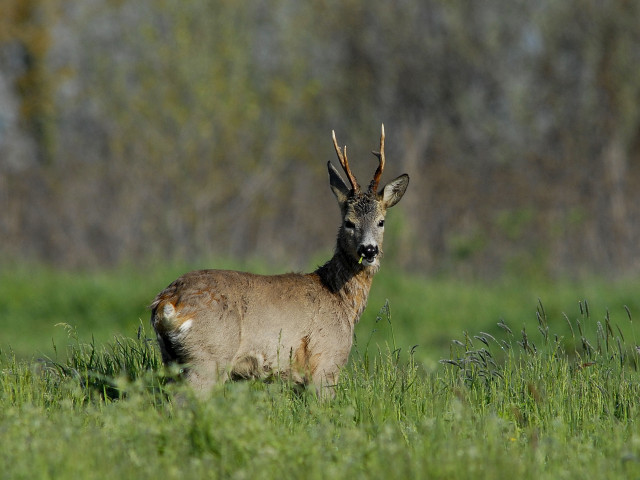 Roe deer is very common in Europe. The subspecies found in Hungary is the smallest and most common „big game” of Central-Europe.

The biggest bucks live along the rivers Tisza and Körös, as well as in Szolnok and Békés counties. The roe deer populations of Transdanubia are usually of medium quality. Its most important habitat are mixed deciduous forests, forest edges and the bordering grasslands or agricultural fields. By establishing forest lines and patches the habitat of roe deer increased significantly. It adapted very well to the agricultural environment.

The hunt for roe bucks starts on the 15th of april. Most of the guests choose this time of the year since vegetation cover is still low and it is easier to take down the best bucks. From a hunting point of view the mating season is a special experience which takes place from the end of july to the beginning of august. The hunter mimics the calls of the doe and fawn with a whistle and at this time even the otherwise very careful old bucks can be taken down.

We hunt for roe deer from high stands, during stalking or with the help of a vehicle. Hunting for doe and fawn is usually done during the winter months.