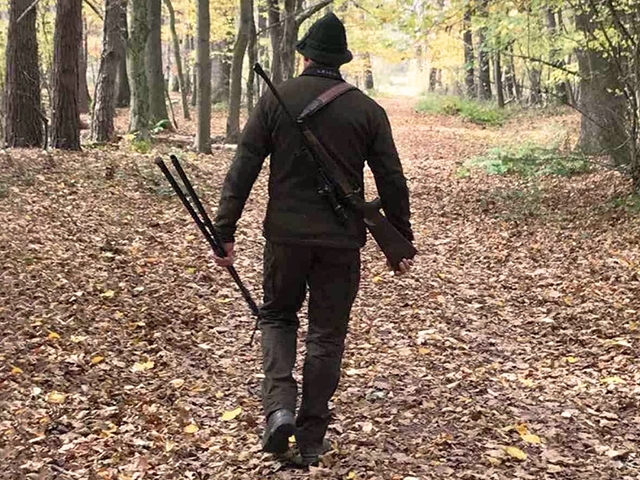 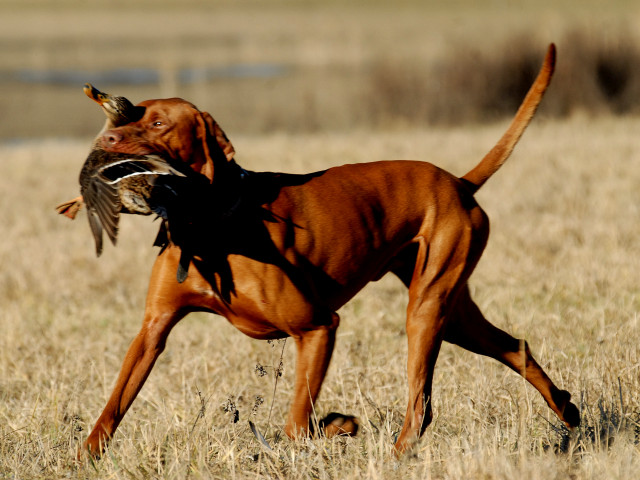 With the participation of at least 3 hunters.

It is usually organized for 20-25 hunters with the help of numerous beaters and dogs.
Driven hunts are usually also organized in hunting reserves, where the daily bag can reach 80-100 specimens. 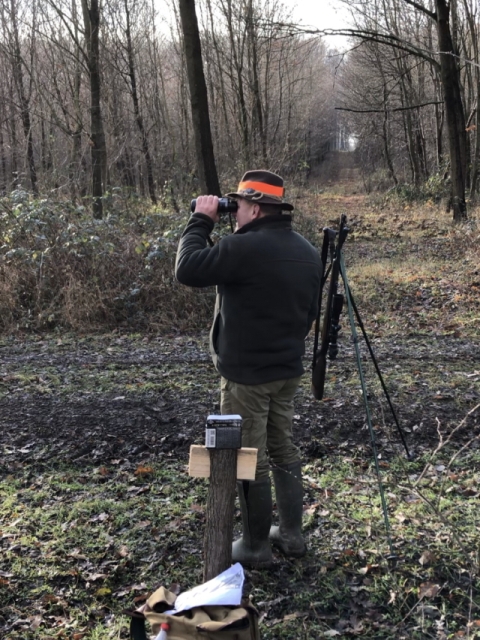 A common feature of collective small game hunts − with a few exceptions − is that hunters themselves take an active part in them, moving and working together with beaters for the sake of success. Dogs trained for a specific game species or hunting technique are the indispensable helpers of hunters on both individual and collective small game hunts.

A hunting method organised for smaller hunting parties (3-5 hunters) where hunters, too, take part in the search for game. Hunters and beaters comb tree rows, shrubs, embankments, forest edges or smaller reedy areas with the aid of hunting dogs in order to find the desired game species. Shrub hunts are characterised by a friendly atmosphere and a smaller game bag.

Usually organised on flat terrain for pheasants, hares or partridges. Hunters and beaters stand up in a mixed line and ‘beat’ the area ahead. The aim of the guns will be directed at the game flying/running forwards or trying to escape backwards. 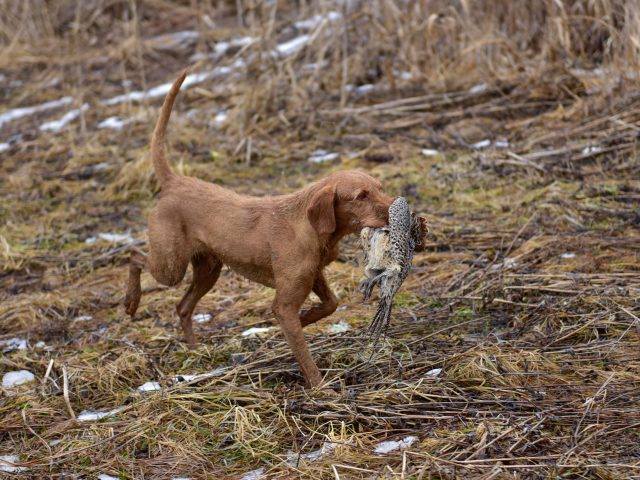 A hunting method organised with a relatively large number of hunters and many beaters, for a large hare bag. Beaters and hunters form a U-shaped line, with the hunters at shooting distance from each other at the bottom of the U, and the beaters on the wings standing densely enough to deter hares from trying to slip between them. Hares are shot initially as they fly ahead in the huge area that the hunters cover this way, but sooner or later they also try to force their way back through the line of guns (hares never leave their usual habitat and always try to return even if they are driven forward). This gives another chance to hunters to bring them down. The Czech strip is a very effective hunting method, however, only with a large number of participants and on grounds where the population density of hares is high.

A drive hunt that takes place with a smaller number of beaters and only a few hunters. It is a method suitable for both hare and pheasant hunting. The beaters and hunters take their places mixed throughout the U-shaped formation. In this arrangement shots can be made also at the animals that try to escape at the wings of the U.

A vast number of beaters and hunters also in a great number set off in two mixed semi-circles from the two sides of the territory to be driven. When the circle closes they aim at the small game − mainly pheasants and hares − that were trapped inside the enclosed area, advancing towards the centre. As hunters and beaters generally encircle very large areas with this method it resembles a line drive at the beginning. The circle shrinks and closes only very slowly and the participants have to walk a great deal. As the drive draws to its end, and hunters get near the centre of the circle the leader of the hunt calls upon them to cease fire and afterwards shooting in the direction of the centre is forbidden. 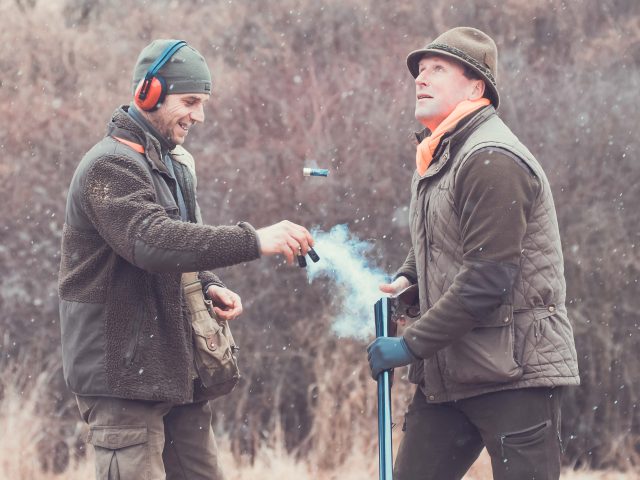 A method to achieve a large bag of pheasants. Beaters form a longer line and starting off from a greater distance drive the birds into the line of guns waiting at the opposite end. 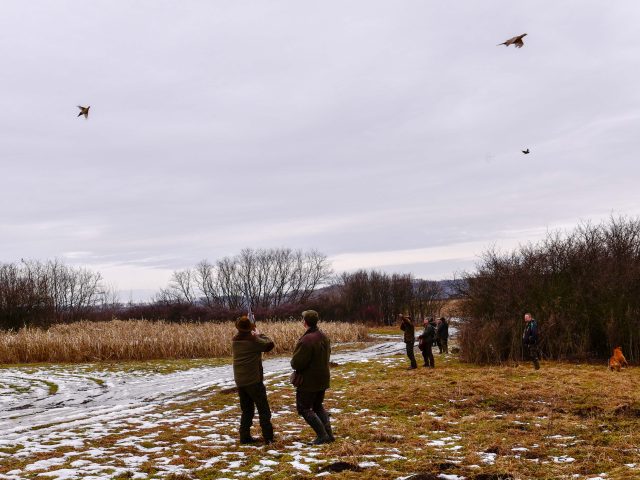